Could Be Some Big Changes - And Some Unexpected Ones

How Did We Get Here?

The relatively new[1] Public Sector Accounting Board (“PSAB”) standard “PS 3260 Liability for Contaminated Sites” turned out to not have much of a financial statement impact for most governments and government organizations. Certainly the Federal, Provincial and Territorial Governments ran into some of the most significant challenges. But most others were not faced with hugely significant liabilities to report. Likely the most significant reason for this is that PS 3260 applies, for the most part, to assets that are not in productive use.

It was a logical progression for PSAB to consider whether standards were required for Asset Retirement Obligations (“AROs”). That is, standards that apply to assets that are in productive use. In addition to being a logical progression, many government organizations that moved to Public Sector Accounting Standards (“PSAS”) recently [2] had been applying ARO standards pursuant to the previous accounting framework they had been following. It was time for PSAB to look to see what, if any, standards were required in this area.

In the period since the issue of the Statement of Principles the task force has been reviewing responses and developing a proposed standard. Expect an exposure draft in December 2016.

Does It Make Sense To Have Different Standards For Similar Types of Liabilities?

When the ARO standards arrive there will be three PSAS standards that deal with items that, at least on the surface, appear to have some similarities. These will be:
- the pending ARO standard
- the recent PS 3260 Liability for Contaminated Sites standard
- and long-existing PS 3270 Solid Waste Landfill Closure & Post-closure Liability standard

Each of these standards deals with situations related to clean up of land.

On closer review though, it might be reasonable to consider Contaminated Sites as the odd one out. This standard deals with existing contamination as opposed to the other standards which deal with anticipated future costs.

But, the requirements for closure and post-closure activities and monitoring of a landfill are identical concepts to those of AROs. Should they not then have the same accounting requirements?

The current Landfill Liability section has some similarities and some differences to the ARO proposals. Likely the most significant difference is that estimated liability amounts are not capitalized to an asset. Why is that?

Quite simply the standard came into play in 1998 - a full 11 years before the adoption of PS 3150 Tangible Capital Assets. Capitalization really was not an option at that point.

It is only logical that the ARO Task Force will consider whether there should be harmonization of the ARO and Landfill Liability standards.

What Would a Harmonized ARO/Landfill Liability Standard Look Like?

At first glance, one might expect that the liability amount would not change by the applying ARO concepts to landfill liabilities. After all, both standards suggest that you may want to look at present value techniques to account for future obligations. Yet, there could be a distinct difference in one area. Change could occur in accounting for costs that will be incurred regardless of the level of activity of the landfill. A portion of capping, closure and monitoring costs will be incurred whether the landfill contains 1,000 tonnes of waste or 100,000 tonnes. These “fixed” costs would likely be immediately capitalized at the time of opening the landfill under an ARO standard. Under the current Landfill Liability standard these costs, like those related to volumes, are accounted for as the capacity of the landfill is used.

The impact of this different treatment would be an increase in a government’s Net Debt.

Net Debt is an important indicator, and one that is watched by many, including bond rating agencies. This possible outcome is one that should be considered so that it does not come as surprise to watchers of the government. Explanations should be made in budget documents, annual report Financial Statement Discussion and Analysis, and other relevant reports and communications.

Landfill closure and post-closure costs that are variable to volumes would likely be accounted for similarly under an ARO standard as they are under the current Landfill Liability standard. The liability related to these costs increases proportionate to volumes. But, of course, as the volume housed in the landfill increases the future life of the landfill decreases - it is becoming more full. Thus it does not make sense to capitalize these costs to the asset. Instead such amounts would be expensed as the capacity is used - exactly analogous to the current Landfill Liability standard.

It is always difficult to discuss accounting results using just words, so it may be best to look at a rudimentary example.

The resulting differences in approach between possible ARO treatment and current Landfill Liability standard can be significant in impact to liabilities and net debt.

The Exposure Draft is Coming!

The take away from all this is that those governments with landfills should be paying particularly close attention to the development of the ARO standards. As before noted, the first Exposure Draft is expected in December 2016 and this will create an excellent opportunity for interested parties to closely review the proposals. Most importantly, interested parties should respond with their critiques and suggestions. Even a response that supports the Exposure Draft without reservation is appreciated by PSAB because there is often a relatively low response rate to Exposure Drafts from those that will actually have to implement the proposals. 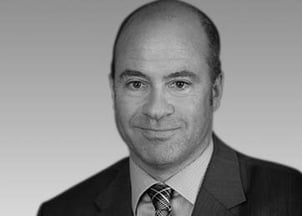 Bill Cox is a Partner in Audit and Assurance and has been with BDO Canada LLP for over 20 years.  Bill’s practice is focused on work with government, not-for-profit organizations and financial institutions.  He also maintains a significant small/mid-sized business client base.

For more on this topic(s), see: PSAB